Research on the field of regenerative medicine expands every day.

Probably one of the most well-known subjects in this field that of stem cells. Stem cell research has grabbed a lot of attention recently because of huge it’s healing potential.  Furthermore, there has been much controversy behind embryonic stem cells.

To better understand a stem cell and how it can repair damaged bodily structures, one must begin by learning about its biology. Specifically the concepts of cell potency and of differential gene expression. These two concepts pretty much define a stem cell and explain their unique role in biology. 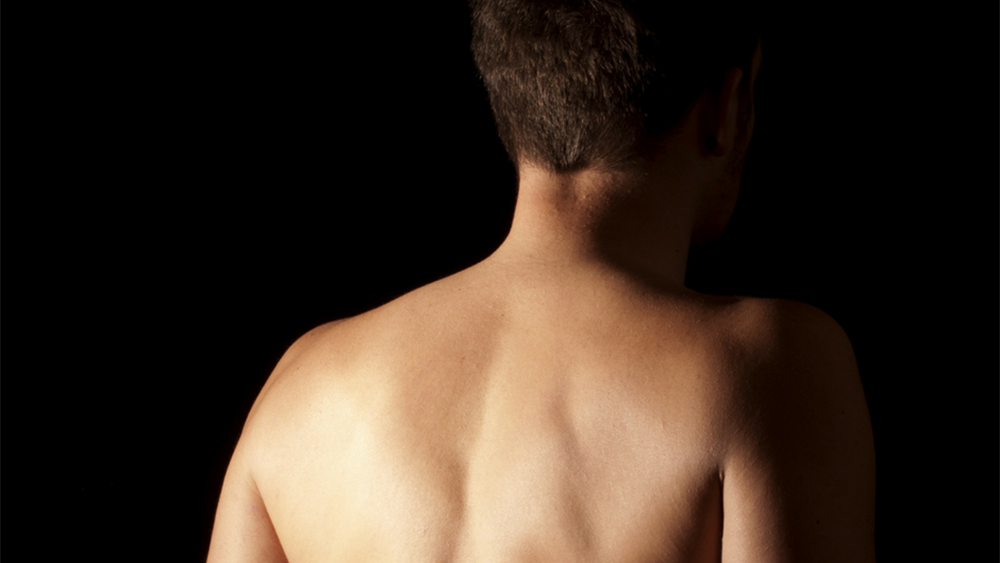 To better understand what this means let’s review the developmental progression from the first human cell (that resulted from an egg and sperm cell fusing) to a fully formed infant.

Within the nucleus of the first human cell (called a zygote) that results from the fusion the egg and sperm, exists all the genetic information needed to form a fully independent human (in a biological sense). How can this one cell turn into a human baby you might ask? Well, it is because this one cell has the greatest cell potential of all. That is, it has to potential to produce an organism and become every and any cell found in that organism.

As this first cell divides into more cells, fate becomes more determined. There is then a loss of cell potency. For example, when the zygote has multiplied enough to form the first cluster of stem cells (called an embryo) the cells have now become more determined. Even more so by the end of the embryonic stage before entering the fetal stage. As the fetus develops, cells become even more determined and specialized. They do this to form specific organ tissues and bodily structures characterizing the infant.

The very first cell, the zygote, is said to be totipotent. Toti- meaning “total” or “all” and -potent meaning “capable” (1). As mentioned earlier these cells have the potential to form the entire organism, in this case, a human infant, within the right environment (the uterus).

After a couple of cell divisions (during the embryonic stage), when the cluster of cells are referred to as a blastocyst, one can now find pluripotent stem cells, the next level down in cell potency. Pluri- meaning “many,” and -potent meaning “capable” (1). These stem cells can become any cell in an organism, but not the entire organism itself (it has now lost that potential). These cells can become part of brain tissue, cardiac tissue, connective tissue and so on.

The next level down in cellular potency is multipotent cells. These cells are more determined than pluripotent stem cells and can become a variety of cells of a certain kind of tissue or organ. For example, the human bone marrow possesses two kinds of multipotent stem cells hematopoietic and mesenchymal stem cells (1).

Hematopoietic stem cells can give rise to all cells circulating in our blood including red blood cells (erythrocytes), neutrophils, natural killer cells, you name it.

Mesenchymal stem cells have the ability to become different types of connective tissue including bone, nerve, muscle, and tendon. 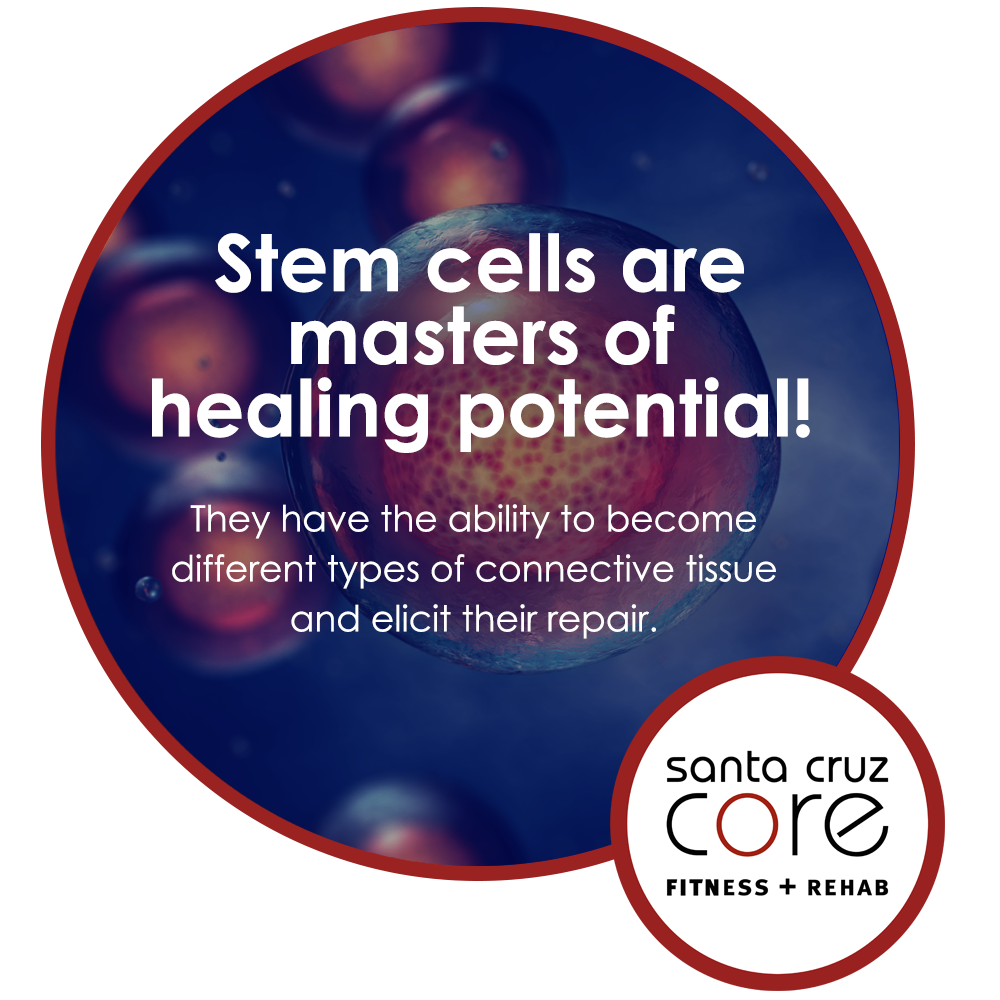 The concept of differential gene expression helps explain why stem cells take specific paths when becoming specialized. For example, it may determine if a cell becomes a neuron or a myocyte. Two main processes explain this concept. One is cytoplasmic segregation and the other is induction. But before that, one must understand what is cell determination and differentiation.

Cell determination refers to the commitment the cell makes to become a specific type of cell. For example, mesenchymal stem cells in the bone marrow are determined (committed) to become a type of connective tissue like bone, nerve, or muscle. Another way to define cell potency is by determination, the less determined a cell is the greater its potency.

Cell differentiation is the process by which a set of cells become specialized. For example, mesenchymal stem cells determined to become bone now start to express the genes that result in an osteocyte (a bone cell).

Cytoplasmic segregation mainly applies to a developing embryo. It helps explain how that first cluster of cells figures out the orientation of body structures like the head, hands, and feet. During the embryonic stage, there is an uneven distribution of cytoplasmic components (components inside the cell). These components pass down to daughter cells in cell division. This uneven distribution of components sets the fate of what structures some of these stem cells will turn into. Some cells are now determined to build structures of the head, some of the feet, and so on.

Induction is a process by which a cell secretes chemical signals, causing another cell to differentiate (become a specific cell type). This process of cell-to-cell signaling is the most used for tissue-specific cell determination. For example, cells of a certain tissue provide the signaling environment to signal multipotent stem cells. This enables the differentiation into cells of that tissue for the sake of repair or development.

Induction is the cell determining mechanism by which prolotherapy and other forms of regenerative medicine work. By injecting undetermined stem cells into a specific tissue type, one is exposing it to the chemical signals of that tissue environment. These will then differentiate into cells of that tissue type.

Now that the concepts of both cell potency and of differential gene expression have been discussed, one begins to understand the healing potential behind stem cells. These are cells with the ability to differentiate into a variety of cell types. Additionally, their potency can be exploited for a variety of medical therapies.

Bone marrow transplant, for example, is technically a type of stem cell therapy. This procedure is usually done in individuals with non-tumor cancer types (cancers of the blood like leukemia and lymphoma), sickle cell anemia (incompetent red blood cells), and patients of chemotherapy (which affects fast replicating cells- like those in the bone marrow).

What characterizes these conditions is the loss of proper stem cell function in the bone marrow. With this loss in function comes a variety of detrimental side-effects. For instance, susceptibility to infection (due to the loss of immune function) and anemias (due to damaging of red blood cells) are both common.

By transplanting bone marrow, one is introducing healthy multipotent stem cells into an environment that will provide the chemical signals to make them differentiate into desired cell types. Many times, chemical signals, known as growth factors, clinically treat stem cells. This ensures these cells take the desired path in differentiation. The patient will leukemia will now have bone marrow capable of producing healthy leukocytes. On the other hand, the anemic individual will now be able to produce healthy red blood cells.

As mentioned earlier, prolotherapy too uses the introduction of multipotent stem cells to incompetent soft-tissue structures to elicit its repair. In this scenario, environmental cues from soft-tissue such as collagen triggers stem cell differentiation and thus repair.

How can CORE help?

Visit Santa Cruz CORE to learn more about stem cells and receive stem cell treatments! Our osteopath, Dr. John Grady, does free first time consultations to see if prolotherapy is right for you!